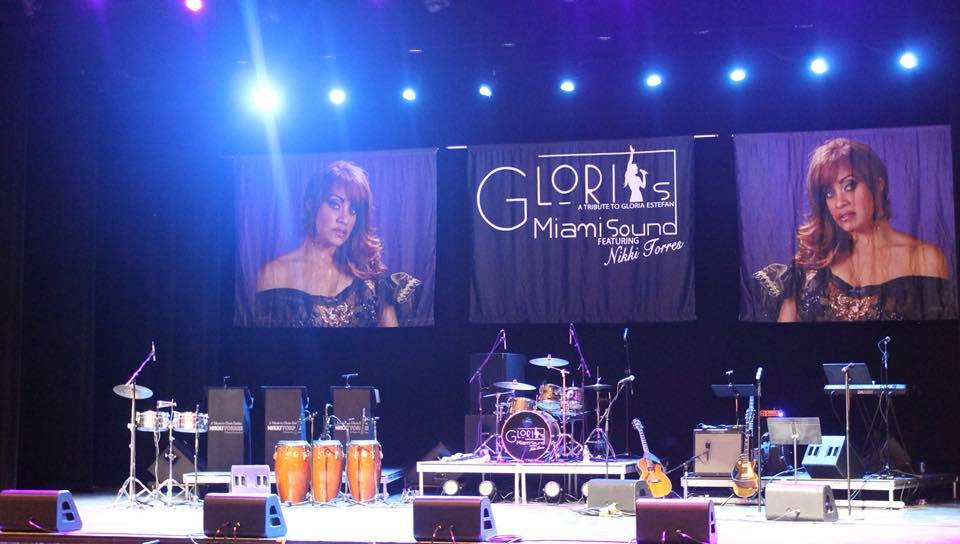 To those of us that grew up in the 1980’s, Gloria Estefan was a well-known name in the entertainment industry. Everyone knows of her #1 smash hit in 1985 “Conga” which introduced a whole new sound to pop music.   A Cuban-American now residing in the Miami, Florida area, Gloria brought her style of Latin Rhythms and Grooves to the mainstream culture exposing us all to the creativity and energy of the Cuban sound.  She introduced us to her wonderful and talented back up band the “Miami Sound Machine”, a mixture of horns, percussion and rhythm that together delivered a sizzling array of grooves and style that would naturally make anyone listening to it want to dance. Cuban and Latin music was always out there in our society, but it was more or less kept to the Latin communities or local jazz cubs.  With Gloria bursting onto the scene along with her long time husband and collaborator, Emilio Estefan, it all became culturally accepted not just throughout the US, but globally as well.  Her impact on this style of music was tremendous and she clearly is a pioneer to seeing a surge of interest in Latin music and culture.  In almost every major city, you can find a nightclub or bar that features Latin music and the sounds of great horn bands.

Now, while Gloria isn’t touring right now, the music of Gloria Estefan and the Miami Sound Machine is alive and well with the sounds of Gloria’s Miami Sound Tribute band featuring Nikki Torres. This tribute band is one of the hottest bands right now in the country.  Having just finished recent tour dates recently that included Texas, Chicago, New York, Arizona and Miami, this band is in demand and a total hit.  The band is fronted by Ms. Nikki Torres who has an extensive background singing all over the world with many artists. The drive behind the band comes from the leader and husband to Nikki, Bill Ciaramelli. Bill serves as the drummer and musical director and is constantly working to book the band nation wide.  Bill and Nikki have created the band which covers all of Gloria’s major hits including Oye Mi Canto, 1,2,3, Conga, Get on Your Feet, Coming Out of the Dark, Turn the Beat Around and Bad Boy to name a few. 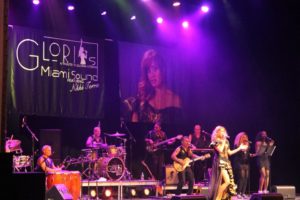 I’ve had the pleasure of performing with this group and all I can say is…Wow!!  The music is a lot of fun to play and you can’t help but to feel the energy and passion of the music.  I’ve worked with Bill and Nikki in a wedding band in Philadelphia, Pa. and Long Island, NY and have really enjoyed getting to know them and performing with them.  The band is comprised of some of New York’s finest musicians and the overall product is just awesome.  Nikki is definitely one of my favorite singers and I could sit and listen to her sing all the time.  She very accurately approaches Gloria’s music in the same style and feel as it was originally intended to be.  It is very evident by their preparation and approach that this band is well thought-out and well rehearsed.

This show really is a must see.  Plus, they are now working on a Latin Explosion show, which is a tribute show to include other legendary Latin artists. With an anxious group of talented musicians, they are ready to play and bring a new level of excitement to any stage, venue or audience.  They do not let you sit and really want you to be involved.  They really, and pardon the pun, want you to GET ON YOUR FEET!!!

I would highly encourage anyone to check them out.  The band can be found at http://rhythmmachineband.com/ where you can listen to samples, watch videos and check out where they are playing next.

Here are a few video clips:

DEMO VIDEO WITH A MIX OF SONGS